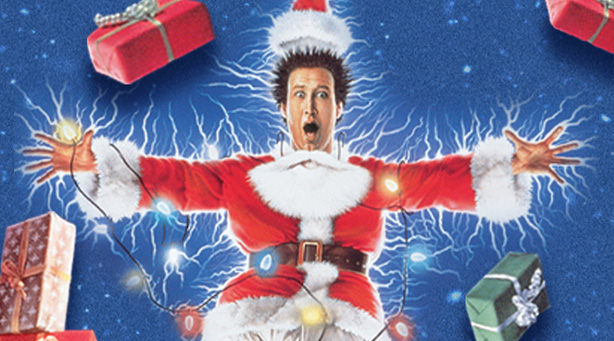 This year marks the 30th anniversary of the iconic holiday movie, Christmas Vacation.  Last year I was jokingly asked whether any of the craziness that ensued would be covered under a homeowners policy.  While there are too many variables to say for sure, I found myself watching the movie through the eyes of an insurance agent and risk manager…

As Clark’s road rage leads his vehicle – with a large uprooted tree on top – under a semi-truck and careening off the road and into the air, I wondered if his personal auto insurance was paid up?

As Cousin Eddie empties his RV’s waste container into the neighborhood sewer system, eventually causing an explosion, I wondered if this could be considered a Back-up of Sewer & Drains claim?

As Clark’s determination to have the largest and brightest Christmas light display in the neighborhood causes an eventually power surge, I wondered if Clark realized what a dangerous fire threat excessive temporary wiring can create?  Hindsight is always 20/20, I guess.

As Cousin Eddie kidnaps Clark’s boss after the lack of a holiday bonus, I wondered if Frank Shirley’s homeowners policy was endorsed with Kidnap & Ransom coverage?

As Uncle Lewis lights his cigar and tosses his match into the drain, I wondered if the insurance carrier would try to subrogate against Uncle Lewis’s or even Cousin Eddie’s insurance policy?  Eddie seems like a guy who prioritizes insurance protection, right?

As you prepare for and celebrate the holidays, take a minute to consider the potential impact of decisions this year… but may all of us have the Christmas spirit of Clark Griswold!